This is a sponsored post written by me on behalf of the American Cancer Society. 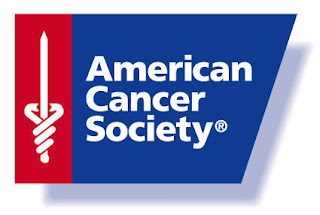 Cancer is all around us. We'd be hard pressed to find someone who hasn't been touched by cancer. At least in the United States, where we're surrounded by carcinogens daily. We're either breathing in toxic substances, consuming them, or rubbing them into our skin with carcinogen-packed products deemed "safe" by the FDA. It's beyond frustrating.

I'm a proponent of cancer-prevention, but the fact remains that we also have to focus on cures and support for those who have this insidious disease.

I've had my own brush with cancer twice in my life. In 1982, while pregnant with my second child, I had cervical cancer. Recently, I was diagnosed with skin cancer. Both were easily treatable.

Several years ago, a family member was diagnosed with an aggressive form of breast cancer. Fortunately, it was found early, through a routine mammogram, and she is now cancer-free.

Other family members succumbed to asbestosis, a lung cancer stemming from working in my hometown's asbestos factory.

Cancer. Is it not one of the nastiest words in the English language?

There was a time when the word was rarely spoken aloud. It was whispered, or not said at all, perhaps in fear of the word itself being contagious. Some cancers maintain that stigma. But it's time to end the silence!

This year, on my birthday, the American Cancer Society will turn 100 years old (May 22, 2013). In 1913, 15 determined physicians and business leaders with a mutual desire to raise awareness of cancer, succeeded in starting an organization that is now the world's leader in the fight to end the disease. With a goal of creating more birthdays, the ACS has contributed to a 20 percent decline in cancer death rates in the U.S. since the early 90s. During that time, they've played a role in saving nearly 1.2 million lives.

While I believe they still have a long way to go to diminish the preventable cases of cancer due to the FDAs lenience about carcinogens in products, their work is partially responsible for the 50 percent drop in smoking since the 60s, which has contributed to a drop in overall lung cancer death rates (from first, second and third hand smoke).

By the end of this year, the American Cancer Society is hoping to enroll at least 300,000 adults from various racial/ethnic backgrounds from across the country to participate in a historic research study called the Cancer Prevention Study-3 (CPS-3). It will be interesting to follow the developments related to this study.

One of the things I appreciate about the ACS is the practical assistance they give to people during their treatment, such as providing them with a free place to stay and/or rides to and from the treatment facilities.

What do we need to do? We need to keep fighting for everyone to have access to quality health care, lifesaving screenings, clean air, toxin-free products, and food free from carcinogens.

And we need to stop whispering and hiding from the word. CANCER needs to be talked about. Silence won't finish the fight!