As we wrap up Pregnancy and Infant Loss Awareness Month, I thought it would be a good time to share this story from Carmen, one of the GG community's moms. Her story is similar to my own daughter's, who is also due in February. For anyone who has suffered this kind of loss, your heart knows her pain. 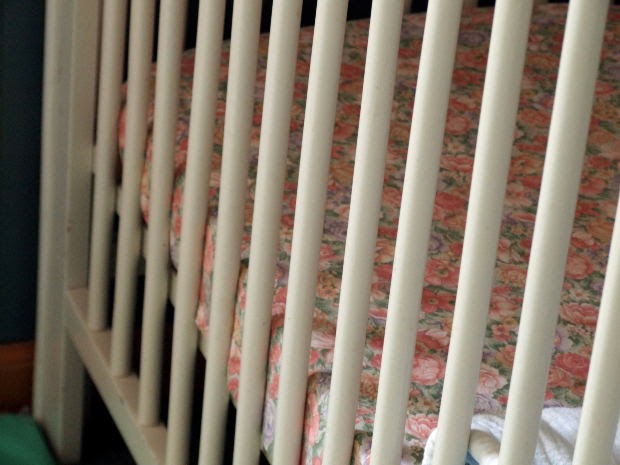 This past February, I found out I was pregnant after trying for 7 months prior. The waiting and trying was not new to me, since it took 27 months of trying to conceive my son who was born July 2012. So I waited a week and told my husband the good news on Valentine's Day. It was so perfect and we were ecstatic. The weeks went along and my first OB appointment came up. I was given an ultrasound, but there was nothing to be seen and no heartbeat to be heard. I was supposed to be 6 weeks along. So they scheduled another ultrasound a week later. No good results. I was then sent to the Radiology Department of the hospital for a confirmation. Sure enough, there was no healthy growing baby. No heartbeat. I was diagnosed with a blighted ovum and given the option to either schedule a D&E or miscarry naturally. I chose to wait since I was scared to be admitted for it. I was also in denial.

A few weeks went by and I couldn't take the wait anymore so I scheduled the procedure. To my dismay, two days before my procedure, I had a natural miscarriage. Honestly, it was the most frightening thing I've ever gone through. I was checked out at the ER and sent home later that night as it was deemed "complete." I cried for days.

After awhile, I started to feel as if everything would be okay. My husband and I went on to keep trying and, soon enough, I was pregnant again! This time I found out and told him on Father's Day weekend. We were excited but cautious. Given the lost pregnancy in April, I was doubtful if I could even say I had suffered a loss since there was never a heartbeat or a physical body. But after receiving some support from some mommy friends I have online, I know that my body did house an angel that was too precious to stay.

I am proud to say that everything is going very well with my third pregnancy and our rainbow Baby J will make his/her appearance in February next year. :)

If you would like to share your own story of pregnancy or infant loss, please email me at greengrandma@comcast.net