Last month, the assignment for the two writing groups I lead was to write an article in the style of the satirical news site TheOnion.com. The following story was my take on the assignment. It is totally fiction, so please do not quote me, thinking this actually happened. It's satire, folks, but fun to imagine! Enjoy. 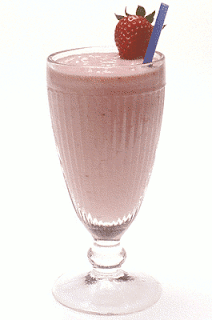 In what is yet another assault on decency, a mother in the western suburbs of Pittsburgh is offering milkshakes made from her own breast milk to neighborhood kids. Mendy Colebrook is concerned about the nutritional needs of children being raised on sugary drinks full of artificial food coloring and ingredients she claims she can’t even pronounce.

“Between the Kool-Aid and soda pop, these kids are suffering from nutritional child abuse,” she states. “Naturally, they’re not going to want a glass of milk, so I’m offering the breast milk in the form of healthy milkshakes, which they love.”

Colebrook has a four-year-old son and a nearly three-year-old daughter who is still being breastfed.

“I think it’s sick,” said one neighbor who asked to remain anonymous. “She sits on her porch with that little girl sucking on her t-i-t-s in front of the whole world. If that’s not bad enough, then she uses some kind of contraption to pump milk out of her . . . you know whats . . . and serves it to the neighbors’ kids, like she’s a cow or something. That is sick, let me tell you. Sick. Sick. Sick. She ought to be in jail.”

When asked what charges should be filed, the buxom neighbor, clad in a low-cut, clingy halter top, said, “Indecent exposure, of course. And corruption of minors. I mean, really. She allows her four-year-old son to watch as his sister—“

With this comment, the woman cringed, and then added, “I’m worried about that boy. There’s no doubt in my mind that he’s going to grow up to be a real pervert. Or a homosexual. In any case, he won’t be normal.”

The issue is hotly debated in this quiet suburban neighborhood. Some of the parents seem fine with their kids getting free milkshakes.
“Hey, it’s better than having to pay for ice cream when the truck comes around,” said one happy mom. “I just tell the kids they already had their treat for the day. It puts a couple a extra bucks in my pocket for cigarettes, you know?”

A meeting of the community council is planned for August 22, 2013 where the matters will be voted upon. Will the free milkshakes keep flowing and will Colebrook be allowed to breastfeed her own child outside of her home? Colebrook’s fate remains in the hands of the council.