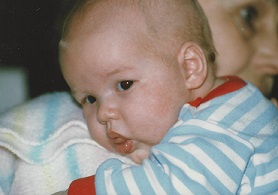 “….one nation under God, indivisible, with liberty and justice for all.”


With those words, two hordes of screaming kids took their places—one on the field and the other on the sidelines getting ready to bat.

There I was, a new mother, also taking my accustomed spot along the third base line as cheerleader, coach, and impartial umpire for that base.  I was helping a friend from church coach a baseball “farm team” of six to ten-year-old boys and girls.

I had been a girls’ softball coach some years before for several summers.  As I put on the cap again, I remembered how much fun it was to coach teenagers, but how wild it was working with young kids, many of whom we were teaching to play ball from scratch.  If the game got too long or boring, outfielders tossed rocks at the nearest signs or threw their gloves up in the air over and over.  Impatiently waiting for their turn at bat, the kids disappeared into the woods to play until they were summoned by the coaches’ yells.

Now my three-month-old son Danny accompanied me to the games.  The veteran “bleacher mothers” were happy to watch him while I coached third base or got the batting order ready in the dugout.  I didn’t know the individual mothers very well, but I knew their children.  So I did “know” the mothers well enough to trust almost total strangers with my son.  The bleachers were right behind me as I coached, so I was close if Danny needed me.  He was usually content, so I could concentrate on my players and making the calls.

Between innings, I would check on Danny and chat with the moms.  That was the time, too, when I would grab a lawn chair and a blanket for cover and nurse him along the sidelines.  When the next inning was about to start, I quickly handed him back to the mothers and took my place again.  This drew loud giggles from the onlookers as I scurried to get ready.  “Look at that—isn’t that cute?  The coach is feeding her kid!”  I laughed too, realizing how comical it must have seemed.

But I was pleased that I could continue my life and include my son.   Breastfeeding didn’t stop me from doing just about anything I enjoyed.   Years later, Danny was the one playing ball and I was one of the “bleacher moms” cheering him on.  But it wasn’t strange, we’d both been there before. 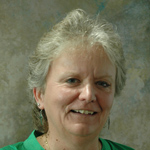 Lora Homan Zill teaches writing and critical analysis at Gannon University. She is a teaching artist with the Pennsylvania Council on the Arts and a faculty member in Allegheny College’s arts program for gifted public school students.  She conducts writing residencies in schools, trains teachers in arts infusion activities and speaks at arts, educators’ and writers’ conferences.

Lora has served as a judge for the Independent Book Publishers Association (ibpa) Benjamin Franklin Awards and edits and publishes a literary Christian poetry magazine, Time Of Singing.  Her award-winning writing has been published widely.

Her most recent credit is as co-author of a chapter in the academic textbook Teaching Creatively and Teaching Creativity (Springer, 2013.)  She blogs about creativity, faith, and the arts at www.thebluecollarartist.com.