Child safety -- sometimes it's a matter of life or death ... part 2

On Tuesday, I posted part 1 of this Child Safety topic. Today, I want to focus on some other important issues facing parents and caregivers -- burns, poisoning, bleeding and head injuries.

My mother was babysitting my 3-year-old nephew one evening over 30 years ago. My sister had a Hot Shot (a device used for boiling a cup of water to make instant coffee or tea) located low enough for Peter to reach. Mom poured the water in, hit the 'heat' button and then went to answer the phone. 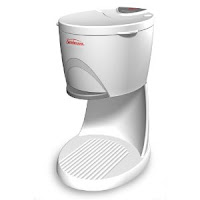 Peter, being the sweet, helpful child he was, decided to fill Grandma's cup when the light went out, indicating it was done. He reached up and pulled down on the 'pour' button ... a bit too hard. The Hot Shot tipped and dumped a cup of boiling water down Peter's bare chest and stomach.
Can you imagine the horror of this ... especially for a grandmother?!

I don't know what my mom did initially, but I do know Peter was taken to the ER and, amazingly enough, did not have any scarring.

Burns are one of the most painful injuries a child can experience. As a parent, your first inclination is to do whatever it takes to ease the pain. You may reach for butter or aloe or vitamin E ... or any number of other home remedies you've heard are good for burns. STOP! While I may be a huge fan of home remedies, this is one time you want to ignore all the well-meaning advice you've heard about this! Do not apply ointment of any kind to the burn!

Instead, rinse the burned area with cool, not cold, water and then wrap the burn with dry gauze or a clean towel or sheet. Then get your child to the hospital!

Do not pop any blisters that may result from burns!

Mr. Yuk is around for a reason!

"They're fine," he answered, then casually added, "Jessica drank a bottle of Murine, but she's fine." 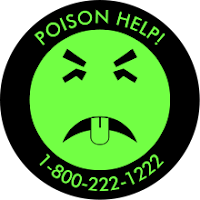 She what?! After learning that he didn't even bother to call the Poison Control Center, I picked up the phone.

"Get her to the nearest hospital as quickly as possible," the nurse told me. "We've had infants die from just a few drops of that stuff."

I was out the door so fast, with strict instructions to my clueless husband not to follow me! I was scared and furious.

How often had I told him not to leave his eye drops within reach of the children?!

As it turns out, after drinking a carton of activated charcoal-flavored chocolate milk, Jessica was fine. But it doesn't always turn out that way.

If you know, or even if you simply suspect, your child has ingested anything other than food, call the Poison Control Center (800-222-1222). Don't wait to see if he'll be alright. Time is of the essence here ... it could make the difference between life and death! It's always better to be safe than to be sorry.

Do not try to induce vomiting or give your child activated charcoal (or syrup of ipecac) to avoid a trip to the ER!! You don't know which method is necessary for the type of poisoning that may have occurred!!

Yeah, I have a story about this as well. It has to do with my husband, once again. My husband, our two daughters and a swingset.

Jim took the kids to the park and I had some much-needed alone time at home. Heavenly. And then it happened. He walked through the door and told me we had to get to the hospital. My back was to him and my heart skipped for a second. As I turned, it nearly stopped. His yellow t-shirt was covered in blood ... 2-year-old Jessica's blood.

Apparently, Bethany and Jessica were on the swings. Jim took Jess out of the infant swing and put her on the ground, where she immediately walked right into the path of her sister's swing as it sailed backwards. Bam! Right in the face. Jess still bears the scar from the stitches she had to get that day.

If your child has been injured and is bleeding, it is important to clean the wound, using only soap and water. Then apply firm pressure with something clean (a towel or some gauze). If the bleeding seeps through the cloth, do not remove it! Just add something on top of it and continue applying direct pressure until help arrives. If there is any way to elevate the wounded area, carefully do so.

Do not apply a tourniquet to stop the bleeding!

Do not try to remove anything embedded in the wound (glass, stones, nails, etc.)

No stories for this one ... thank God! If your little one has fallen and hit her head, or has been in a car or bicycle accident, and she's not quite alert, do not move her! Try to stabilize her head, neck and spine as best you can without moving her, and make an attempt at staying calm while waiting for the ambulance.

Do not transport your child to the hospital yourself! Wait for an ambulance to arrive.


I'm truly hoping you never have to face any of the above issues. But there are some of us who are on first-name basis with our local ER. Before you join those ranks, it's best to know what to do when if.

Email ThisBlogThis!Share to TwitterShare to FacebookShare to Pinterest
Labels: child safety, Childhood injuries, Green Grandma, head injuries in children, poison control center, should I call the pediatrician, should I put something on a burn, what to do if child gets burned