Former Peace Corps volunteer Eileen Flanagan recently released her insightful memoir Renewable (She Writes Press, March 3, 2015), which follows her transformation from a mother afraid she's lost the passionate discourse and bold ideals of her youth, to a social activist handcuffed to the White House gate. I was sent a copy of the book to review at no cost to me.

When I received Renewable by Eileen Flanagan, I intended to browse the pages and put it aside for future reading. However, I found myself caught up in her story as it resonated within me.

Ms Flanagan "attacks" the consumerism she, herself, was caught up in. After moving from their suitable house to a much larger home, she writes: 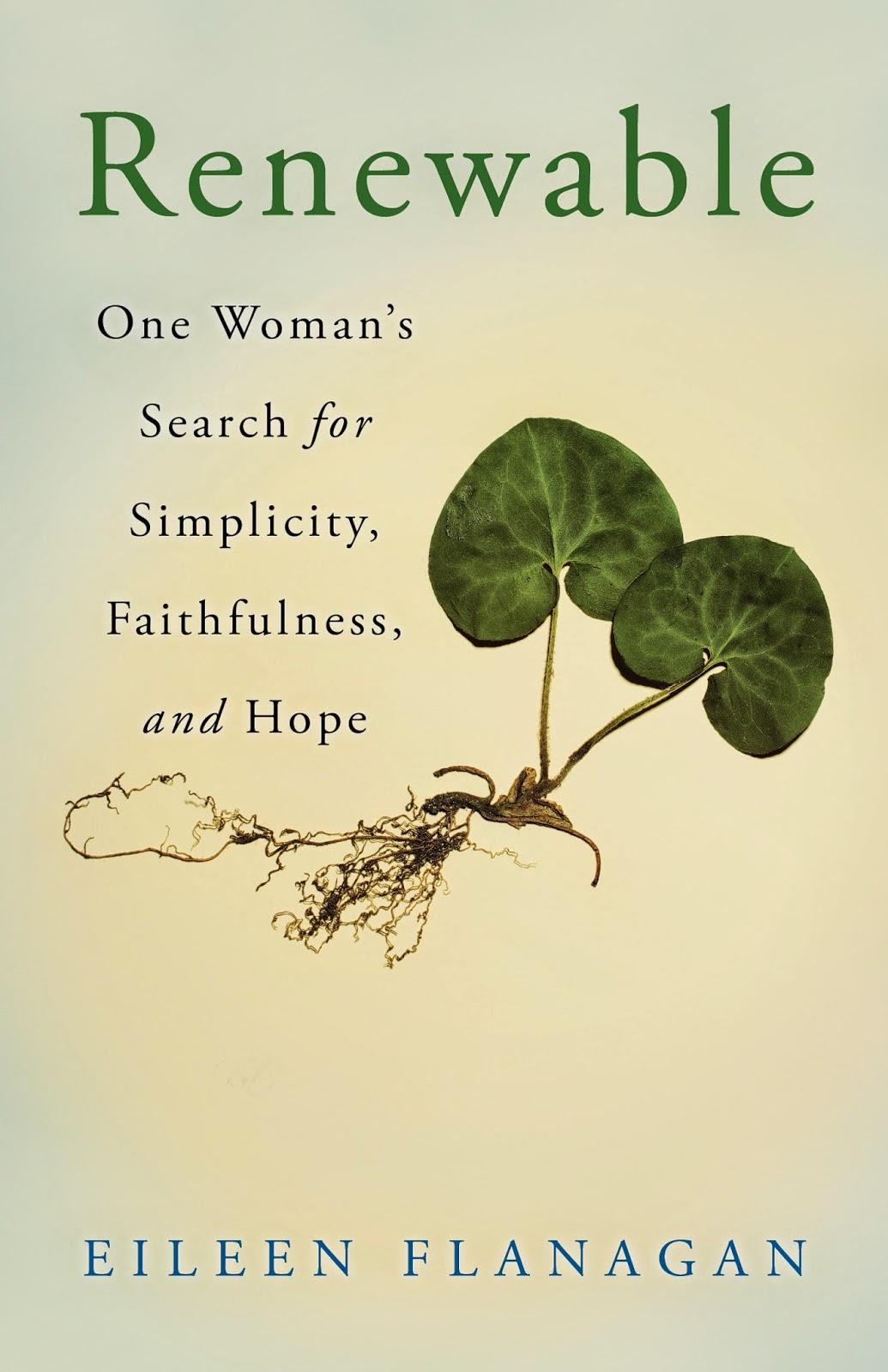 To me, life in the new house felt strange. After dinner, Megan and Luke headed up to their spacious third-floor bedrooms. With piles of homework and a bathroom of their own, they often didn't come down again until breakfast. Once the dishwasher was loaded and the food put away, Tom pulled out his laptop on the leather living room couch and started recording the dying people he'd visited that day, a chore that took even longer than it had when he used to do it on paper, though the computer was supposed to make it faster. [Her husband was a social worker] With everyone else on an electronic device, I headed up to my newly painted office to have a good cry.

I missed walking by Megan's open door on the way to the bathroom and poking my head in casually. Now I had to trudge up to the third floor just to say hi.

That is the kind of life so many of us work diligently for... and for what? We give our kids plenty of room and plenty of devices so we really don't have to spend much time with them. Because, let's face it, we're all busy chasing the American dream and don't have a lot of energy left at the end of the day.

While that's not the heart of the book, it still resonated with me as I looked around my home filled with stuff.

Years ago, I read Anne Morrow Lindbergh's wonderful book, Gift from the Sea. If you've never read this little gem, I highly recommend it. Like Flanagan, Lindbergh longed for simplicity in her life. Living with few things in a cottage by the sea lead to some revelations that seared a place in my heart. Yet here I sit, surrounded by my things. Part of me envies those living minimalistic lives while the other part loves my stuff. It's a real quandary, and it bonds me somehow to the author of Renewable. A Philadelphia Quaker, Flanagan shares her mid-life spiritual crisis with us. It seemed to have started with an aching feeling inside. Therein lies a familiarity for, perhaps, all of us.

Her quest for making a difference, not only in her own life, but in the world in general, is heartfelt and wrenching at times. She takes you on her personal journey... a journey that eventually leads her to finding peace amidst the war on the environment. She shares her one-day-in-jail experience:

At age fifty, I snapped half a plastic handcuff around one wrought iron bar of the White House fence. Glancing over my shoulder at the famous sloping lawn and the imposing white pillars of the south portico, I slipped the other cuff around my maroon leather glove and locked it into place. To my left, Robert Kennedy, Jr. and his son Conor were doing the same... In front of us, actress Daryl Hannah sat on the cold sidewalk by a banner telling President Obama to "Lead on Climate."


Hers is quite a story. But Flanagan tells it in the same way she seeks to live her life... with simplicity, honesty, and transparency. I highly recommend Renewable for individual reading or for a book club whose participants like to discuss something deeper than 50 shades of... well, you know.

Renewable is available on Amazon, Barnes and Noble, IndieBound and wherever books are sold.

About The Author: A graduate of both Duke and Yale, Eileen Flanagan writes for a wide range of national publications and speaks at conferences, colleges, and religious gatherings. She is the author of the memoir Renewable: One Woman's Search for Simplicity, Faithfulness, and Hope. Her previous book, The Wisdom to Know the Difference: When to Make a Change--and When to Let Go, was endorsed by the Dalai Lama and won the Silver Nautilus Book Award. A leader of Earth Quaker Action Team, she lives in Philadelphia with her husband and two children. Learn more about her work at eileenflanagan.com