Review It Wednesdays -- Best for your little one's behind

Today's review is actually an overview of the various types of cloth diaper choices out there. Hopefully with this review, you'll be able to decide what's best for your little one's behind.
﻿﻿
﻿﻿

The Diapering Road Less Traveled: Cloth Diapering Pitfalls and Solutions
Along the diapering road less traveled, which we will call “Cloth Diapering Lane,” many travelers begin with convictions, ideals and/or economic necessity. But the path is littered with the indicators of travelers’ about-faces, their tracks wending back to the fork in the road, slinking back to hide among the hordes travelling “Disposable Diapering Freeway.” Some who turned back are not just merely disappointed, but chagrinned and even maddeningly so. They really wanted it to work.

Why do not all who travel in earnest make it to the destination? Is it because cloth diapering is really, irrevocably outclassed by superior technology that nothing but throw-away plastic can hope to parallel? Is it because it is so demanding that no parents but the most patient will be able to persevere? Or is it overwhelmingly due to phenomena common to alternatives: lack of prominent visibility of choices in mainstream media, and the absolute glut in the market that makes trying each kind for comparison quite unattainable (and unaffordable)?

Here, parents who’ve found success and failures with cloth share their experiences, which hopefully can serve as a GPS to other parents intrepidly embarking the cloth diapering journey, hoping to buck conventions about 21st century diapering.

1. Do not fall for the cloth diapers available in common retail stores such as Target, Toys 'R' Us, etc. Their absorbency is very sub-par compared to prefolds available through specialty cloth diapering stores on the internet.

Kelly, 34, of New Jersey, shares this wisdom after twice trying cloth diapering, and twice giving up, using the Gerber cloth diapers readily available in a retail store. Their daughter was “sopping wet” and the stench of urine about her was none-too-pleasant either.

“We were changing diapers constantly,” Kelly recalls, “and using a lot more wipes because her bottom and legs were wetter than with disposable diapers. The diaper covers (those old-fashioned plastic pants with the elastic legs/waist) leaked, so multiple clothing changes were necessary too. “At the end of the day, we basically had an entire load of smelly, urine-soaked baby laundry to do,” she explains.

Despite her motivating concerns for the environment, Kelly, with a bachelor’s degree in Environmental Science, swallowed her pride and resorted to disposables because of her experience with Gerber cloth.

I can resonate with her disappointment, in comparison with other cloth prefolds I’ve used previously. I wanted merely an extra dozen prefolds to lengthen the gap between wash days, so I bought the Gerber ones at a local store, because it was easy. One try, and they were quickly demoted to hand towels! Their absorbency was laughable!
﻿
﻿
2. Talk to people who have cloth diapered successfully, recently, with products they recommend highly. If you don’t know anyone, find people on an Internet forum to discuss what works for them, or read mama blogs dedicated to cloth diapering. This is a crucial key to your success, because perhaps the biggest roadblock to successful cloth diapering is the fact that without insider information, you may likely spend money on inferior products, become discouraged and give up, thinking cloth diapering was a big mistake.

The research time may seem overwhelming. The sheer variety can make one’s head spin. Again, this is where endorsements from others experienced with the diaper come in very handy. I received a great gift—I literally duplicated the choices of a friend who’d been doing cloth for years. I benefitted from her trial and error and started with the best products she’d found.

3. Take others’ recommendations with one caveat: an enthusiastic endorsement of a product does not guarantee it will work for your priorities, just as a mama blogger’s naysaying of a particular diaper does not mean you will be disappointed. I recently learned this lesson when I really needed to find that hybrid diapers would work for me—for my situation in a stage of my second son’s life, the hybrid was my only hope left to keep my kid in cloth. And I was rather desperate in this desire, for I’ve researched too much about the ingredients in disposables to ever want to have no other choice.
﻿
﻿ I read a very articulate denigration of hybrid diapers in one mama’s blog. She found no point in them because they didn’t meet any of her needs. I was discouraged, but because I was desperate, I decided to give them a try nonetheless, hoping against hope that the multiple negative reviews were wrong. I bought two different hybrids second-hand: the Flip and the gDiaper. I was pleasantly surprised at how well the Flip worked and solved our problems! I learned that my priorities were different from the other mamas’, and some of their reasons for disliking the diapers simply did not bother me.

4. Don’t assume prefolds are the cheapest route. I heard so often that going with prefolds was by far the cheapest option that I took it as common knowledge. But now I see that getting the Flips with stay-dry inserts would actually have been cheaper from the beginning! They appeared to be so expensive at $13.95 for a single cover and one insert—but because the cover can be snapped differently to accommodate different aged babies, buying 3-4 sets of covers by size wasn’t necessary. A starter stash of Flips can be had, brand new, for $200! SO don’t assume prefolds are the cheapest—look into what it’d really take to outfit our baby in another type if it’s what you like.

5. Try different types second-hand online at diaperswappers.com or eBay, before committing all your money to one system. Some online diaper retailers also offer a 30-day or more “wash and try” guarantee—you can return them after trying them. (And also, the items tried by other parents and returned are then sold at a discount on the retail website.)

6. Make sure to read the care instructions when your diapers and covers arrive. Many diapers need to be “prepped.” A common reason parents get discouraged with a product is that it performs poorly—which sometimes results of improper care of the fabric. Julie, 35, of Pennsylvania, bought pocket cloth diapers for her first child, and was very disappointed with how poorly absorbent the cotton cloth diaper inserts were. She gave up and turned to disposables.

Not until she had three children, age newborn to three, in costly disposable diapers did she give cloth another shot. She found out she had not properly washed the inserts initially, and they therefore repelled water.

“After I followed the prepping instructions, they actually worked!” Julie discovered, a bit chagrined she hadn’t discovered this years before. Now her two children still in diapers wear cloth.

The same goes for covers. Some with a waterproof coating come with instructions to hand wash or to avoid detergents, because the coating will crack. With my second baby, I ordered a larger size I’d never needed for baby #1, and then found out I’d never read the caution on the package about not washing the covers with detergent, which I’d been doing for three years! And yes, a couple of my covers were cracked and useless.

7. Your child’s health may dictate change. Kelly found this to be true after a few days of her daughter’s “sopping wet” experience in insufficiently-absorbent prefolds and non-breathable plastic covers, a combination that turned out to be a recipe for disaster.

“Our daughter started to develop a really nasty diaper rash which turned out to be a yeast infection. We had to take her to the pediatrician and get her some antifungal ointment,” Kelly explained. Problems with the medication led to a raw rash. After getting rid of the yeast infection and rash, solved eventually by an “ointment that cost as much per ounce as caviar,” Kelly says, they stuck with Pampers ever after. The poor-performing Gerber prefolds created the preferred environment for yeast and bacteria to grow.

Like Kelly, I found myself in a position when cloth seemed to be causing problems that disposables solved. I was mad, determined that cloth was better for my child. I found a problem after three years of diapering success with good quality cotton prefolds. My youngest baby even wore them for a year before a problem arose. Then suddenly, inflammation of his skin was apparent, and recurring infections forced me to put him in disposables. Every time I put a cloth prefold on him, in just a couple of hours, his skin flared up again.
﻿
﻿ ﻿ ﻿What revealed itself eventually was that my child hosted a deeper infection, and the antifungal and antibacterial ingredients (toxic in and of themselves) of the disposable merely kept it from surfacing on his skin, while the cloth diaper allowed his body to scream out that something was wrong. While we worked through his health issue, I tried hybrid diapers for the feature of the Flip’s stay-dry inserts which performed the all-important duty of keeping his vulnerable skin from being damp all the time.


8. Know there is a learning curve. It may take a little time to find the best combination of fitting, absorbency and washing that works best for your baby and you. If you enter with the mindset that a failure or disappointment is not the end of the world, but an opportunity to find a better strategy, you will succeed with less frustration. The cloth diapering world is still minority and the market is so glutted with variety, there is no one best way nor one best product.

No matter what kind of diaper you choose, there will be features of it that are superior and others you may not be so fond of—after-all, they are still diapers and you do still have to change them! 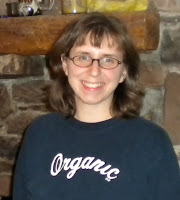 Renee Lannan is a freelance writer, aspiring novelist and stay-at-home mom. Many of her online articles are accessible here. She also blogs about her "Nap-time Writer" experiences of the past year trying to start freelancing while raising two kids under the age of four.