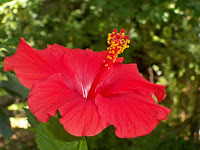 There's an awful lot going on in the world of products-to-stay-away-from. It can get awfully worrisome, can't it? Sometimes you just feel like burying your head in the sand -- the less you know, the better, right? Well, maybe as far as your mental health goes, but if you care about your family's safety, knowledge is key.

A few years ago, while researching for a series of articles on pregnancy and infant care I was hired to write for a client, I discovered the disturbing facts about disposable diapers. When it was time for one of my children to have a baby of her own, I couldn't help sharing what I'd learned. Sure, I could've kept quiet. After all, her life would have been a bit easier had she used disposable diapers. But knowing the facts about the dangers lurking in the chemicals in disposables, Jessica made the inconvenient choice to go with cloth, despite the fact that she was working fulltime! I can't tell you how proud I am of her for making that decision.

Jess also weighed the benefits of breastfeeding vs. formula and opted to nurse her daughter. That meant she spent her lunch hours standing in the restroom at work, pumping bottles for her husband and me to feed to the baby. Talk about inconvenience!!


Being a mother was never meant to be convenient. Sleepless nights, unrecognizable bodies, delayed dreams of our own and endless worry. Worry. That brings me to the point of today's blog.

What exactly is worry? It's not a lot of fun, I can tell you that.


Years ago I spent an enormous amount of time worrying that my husband would die. Perhaps it was because I grew up with a father who had numerous heart attacks and was not expected to live past my twelfth birthday (he died when I was 24). I was accustomed to hospital visits, ambulance sirens, and a general feeling of wondering when he was going to die.
I translated that into worrying that my own husband would die. If he was 15 minutes late, I was on the phone to the hospitals. Keep in mind, this was back in the late 80s and we didn't have cell phones.


Then, in 1989, just a few weeks after his 34th birthday, I got the call I'd been dreading. He died 23 hours later.
All that time wasted worrying did nothing to prevent his death. He died anyway.

After I married my second husband, the cycle started all over again. This time, I knew the horrors of being widowed, so it was even worse. I worried and I worried and I worried. Eventually, I eased up on it a bit. I realized I'd have plenty of time to deal with his death if it happened, so why ruin the time we had together with a negative mindset.

I did pretty well in the no-worry zone. Pretty well, not perfect, mind you.

Then the day came when my daughter and her new husband, her Marine Sergeant husband, sat us down to tell us he was going back to Iraq. NO! I screamed inwardly. I couldn't bear the thought that my precious daughter might have to face the road I walked...early widowhood. I tried to present a brave, supportive demeanor, but inside I was dying.

Over the next couple of months, I became intimately reacquainted with my old friend, Worry. My stomach churned as I imagined uniformed officers showing up at Bethany's door. I layed awake at night imagining white gloves handing a triangular folded flag to my baby. I wept, uncontrollably. Fear nearly consumed me.

Then one day, I sat down at my desk, picked up my page-a-day calendar, and tore off the previous day's inspirational quote. I stared at the words on the current date and my life changed.

Worry is the misuse of imagination. -- Anonymous

It was as if a curtain that had hung over my heart for over 40 years was suddenly torn from top to bottom. The oppressive curtain of worry lay in heap at the foot of my heart and I was free.

I read the quote over and over and over again, feeling light-hearted and almost giddy. When it comes to imagination, I have a vivid one. I believe it's a gift God granted to me...a gift I tarnished with the corrosion of misuse. You see, in order to worry, you have to imagine what might, or might not, happen. Suddenly I could think of much better uses for this gift.

I was reborn. The former Queen of worrying was now a Princess of creative possibility.

Tom left for Iraq shortly after this revelation. There were tears, there was concern, there were prayers, but there was no longer worry.

He made it back safely, despite my releasing the worry demon that possessed me. Now he and my daughter are expecting a son in a few short months. God is good.

My hope for you, as you read this, is that you, too, will let go of the worry that entraps you, whether it's because of a loved one off at war, or because of a new alert of some toxic substance in the products you buy. Let go of the worry, dear friend. After all, imagination is a wonderful thing!

Email ThisBlogThis!Share to TwitterShare to FacebookShare to Pinterest
Labels: benefits of breastfeeding, dangers of disposables diapers, Green Grandma, how to stop worrying, lead in baby food, toxic substances in household products, worry is the misuse of imagination