Blood stains on the nation 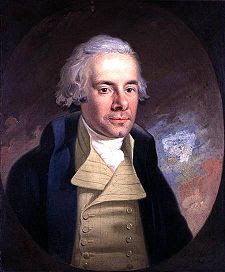 As the anniversary of Roe v. Wade approaches, I wanted to repost the following. If nothing else, I hope it makes you think.

There was a horrific time in our history when black people were not considered fully human. The rationale was that if they weren't human, white people could 'own' them, abuse them, kill them, etc. Why would it matter if they weren't human anyway?
Thank God for people like William Wilberforce who tirelessly worked to abolish slave trade in Great Britian. If you haven't seen the movie Amazing Grace, rent it and learn about this hero.

What Wilberforce did for the slaves, we need to stand up and do for the unborn. The common rationale is that they're not fully human (unless they're wanted), so we can kill them at leisure...it doesn't really matter. Or does it?

We love to twist truth to satisfy our wants and supposed needs.

So on this anniversary of a Supreme Court decision that rocked our nation and cost us the lives of over 50 million human beings, we need to stop and reflect on the reasons why. Why do we feel we have the right to take innocent life? Why does our government assume we, as taxpayers, want to pay for abortions? Why do we not get it?

The situation is no different than the slave trade. It was all about people's self-centered thinking and need to satisfy their own desires.

Is an unplanned pregnancy difficult? Of course it is! Does it change a person's life? Yes, it does. But it's not just about the pregnant mother. A new life has been created and who has the right to decide to end that life?

Mother Teresa said, "But I feel that the greatest destroyer of peace today is abortion, because it is a war against the child - a direct killing of the innocent child - murder by the mother herself. And if we accept that a mother can kill even her own child, how can we tell other people not to kill one another?...Any country that accepts abortion is not teaching the people to love, but to use any violence to get what they want. That is why the greatest destroyer of love and peace is abortion."

Indeed. The dehumanization of black people led to hideous crimes against them. In the same way, the dehumanization of the unborn leads to our accepting and advocating the killing of innocent lives. The blood stains on our nation for both atrocities makes me wonder how it is we're still standing. God forgive us.