20 Feet Under: The State of our Oceans in the Modern World

My aunt and I connect islands every time my phone pings in my pocket. She is calling me from two oceans away. Yet, catch us at the same time and we could both be watching waves crashing. I am spending part of the summer working on Nantucket island; she lives  in Maui. But our cellular connections aren’t the only things connecting these two places.

History connects, whaling ports have been memorialized in both places, humpback whales breach off the Kanapali beach near her with a few returning to Nantucket, rebelliously spouting near Great Point Light. Then, of course, there are all the summer homes. It's tourism that pumps life into the economy in both of these places, but I can’t help but wonder if the utter placation of vacationers will end up doing more harm than good. 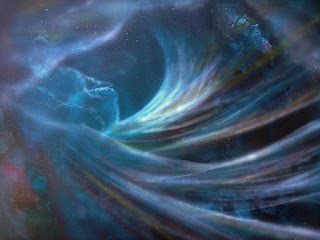 Unfortunately, the reality might be worse than we want to consider, and much darker things connect Maui and Nantucket than just cell phones and American citizenship.

Scientific American predicts that even if we are able to prevent the global temperature from rising more than the two degrees Celsius we have allotted, those two degrees still mean the ocean could rise 20 feet. If that happens, London would be underwater and the galleries in Lahaina  near Karen's house will be washed away. On my island, hurricanes already blow water through the businesses on the Wharf and Easy Street. Thinking about a 20 foot rise creates images of all that would be left of Nantucket -- the cranberry bogs near Alter Rock and maybe a few shattered cedar shingles. Then again, maybe I have indulged in too much destruction porn on the Internet. 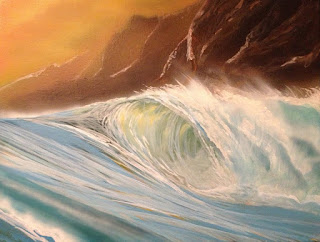 Fetishism or not, we do know that, according to the   journal PLOS ONE, there are 269,000 tons of plastic waste floating in our oceans. Additionally, 5.25 trillion particles of micro plastic has been swept out to sea by our own complacency. If I could track it, would I find some from Maui as I scoop my fingers through the sand on Madaket beach as the sun set over Cape Cod? I don’t know for sure, but if the Great White Sharks can travel from here to there, who says the plastic isn't riding the gyres too?


We also know that whales, sea lions, and polar bears are dying from pollution and climate change. However, we often forget the thousands of other marine species because they linger out further than where we snorkel among Hawaiian reefs or scallop in the Nantucket Jetties. Images of the stomachs of dead sea birds laden with bits of old pens, fishing line and trash cover the Internet, sea turtles die from eating jellyfish-like plastic bags and other animals are dragged under to drown by discarded fishing gear. Or they die slowly of starvation because they are no longer able to hunt for food. 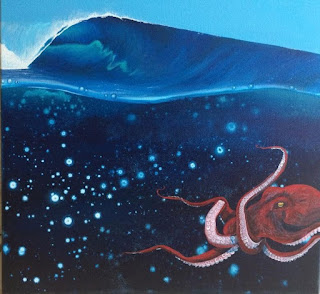 For many, giving up is not an option. Ocean saving organizations are everywhere. The beach protecting, board lovers of Surfrider have 5 branches in Texas alone, with branches in countries all over the world. Other groups track sea turtles and fight for nesting beaches. Plastic exfoliating beads, known for destroying sea life, are being removed from many products worldwide.

When I look out at the sea from a Nantucket beach, my complicated feelings come in frothy waves. I am saddened by the trash left by beach goers and the apathy about climate change, but optimism floats in on a wave of realization that no whale ship will ever leave Nantucket Wharf ever again, and no plastic shopping bag has been used to tote around the goods of Nantucket shoppers for the last 24 years, both monumental issues.

When I think of Karen on Maui, I worry about the over-loved, carbon-bleached reefs out by the crater shaped rocks of Molokini, but I am encouraged by the signs warning  beach goers not to stomp on reefs, as damaging them  destroys one of the most important ocean ecosystems in the world. Hope flops clumsily like a little whale calf learning to breach alongside her mother. What it can grow into is as astonishing as this whale's first several thousand mile migration to feed off of Alaskan herring before returning to Hawaii to eventually give birth to her own.

I am aware that our troubled oceans can't be saved quickly. Nevertheless, one more bike ride to work cuts down my carbon footprint, one more essay about our oceans informs another reader, and one more reusable cup I use is one more kept out of the landfill or into the surf. As we look out over the sea, remember, it's up to all of us to do all we can do.

About the Author: Gretchen Comcowich is a freelance writer whose work has appeared in Gogobot.com, Travelshark.com and a wide variety of other places. She is currently working on her MFA from Columbia College Chicago in Nonfiction. When she isn’t traveling or writing, she is working as a publicist, riding someone else’s horses or scoping out a new coffee shop. Follow her on twitter @lidamarketing

About the Artist: Earl Thompson is a Native Oklahoman and Maui based artist. He currently lives with his family in Maui and is often found painting or photographing the island he loves, he is also an avid scuba diver. Find his work at http://www.dakinefineart.com/