Many of us choose to parent differently than our own parents did, while others repeat the patterns established by their upbringing, both good and bad. Today, guest blogger, Lisa Lawmaster Hess, weaves some parenting lessons in with a quick peek into her new novel, Casting the First Stone.

An unexpected pregnancy at sixteen marked the end of Marita Mercer’s privileged upbringing. Quietly dismissed from the Christian school she’d attended since kindergarten, she was forced to complete her high school education at home. The combination of lack of contact with school friends, a changing body and the prospect of impending motherhood curtailed what had once been a very active social life, one in which Marita had done whatever she could to rebel against the restrictions imposed by her parents. And while Marita’s parents were willing to support her and her baby daughter Charli financially, any support was on their terms -- the same terms Marita had spent her adolescence trying to redefine.

Living an adult life in her childhood home, Marita was anxious to get out from under her parents’ control. The older Charli got, the more Marita felt the clash between the parenting style that had defined her life and the one she wanted to use with Charli. The college experience she’d always dreamed of was no longer a viable option -- not if she wanted to be hands-on in raising her daughter -- and law school (her father the judge’s dream, not hers) was replaced by an associate’s degree and a court reporter’s license -- the fastest and most palatable path Marita could pave to employment and a home of her own.

Marita is a fictional character, the protagonist in my novel, Casting the First Stone, but her situation is not unlike that of many young, single mothers. Unable to afford homes of their own, or to juggle the demands of motherhood, school and work, they raise their children in their parents’ homes. Food, shelter and emotional support become a trade-off for independence, and co-parenting between parents and grandparents living under the same roof often leads to inconsistency and disagreement.

Psychologist Diana Baumrind classified parenting styles along two dimensions: warmth and control. Although her initial studies are nearly 50 years old, psychologists today still believe that an authoritative parenting style (high degree of warmth, high degree of control) predicts the best outcomes for children. More recent studies have indicated that children raised by authoritative parents are academically successful not just in elementary school, but into college as well. In other words, Marita’s choice of parenting style for Charli could mean that her daughter’s future would be very different from her own.

Although Marita would have had no knowledge of -- or interest in -- Baumrind and her studies, she knew how she wanted to raise Charli. Raised in an authoritarian (low warmth, high control) home, Marita learned quickly that she had little choice but to say and do what her parents expected -- at home. She had no qualms about making her own rules, however, whenever she thought she could get away with it. Marita was certain that she wanted a different relationship with her daughter. Although her parents were less strict with Charli than they’d been with Marita, Marita knew that the only way to avoid a style clash was to raise her daughter on her own.

Fortunately, that opportunity presented itself when Charli was small, and though Marita was operating out of pure instinct, her instincts were good. By the time she turned twelve, Charli was an independent, happy child who had friends and did well in school. Despite a less-than-desirable start to her life, Charlotte Mercer Alessio benefited from the parenting she received from a mother whose personal choices may not have been the best, but whose parenting choices were right on the money.

Parenting is a tough job, and most parents, like Marita, receive no instruction, except the experience they’ve gained from their own upbringing. Some young parents mimic the style in which they were raised; others, like Marita, rebel against it, perhaps (unlike Marita) even becoming too permissive in an effort to spare their children the oppression they felt when they were growing up.

It would appear to be common sense that children need both love and structure (what Baumrind dubbed warmth and control). Common sense or not, the research (so far) is clear and the results are evident. Children raised in authoritative households fare better than their peers raised in authoritarian, permissive or disengaged households. Taught limits, the children of authoritative parents are more apt to exercise self-control. Allowed to speak up and negotiate respectfully, they are more likely to become competent and persistent. Taught that their opinions are valued, they are more likely to value the opinions of others.

Admittedly, achieving this parenting balance is much easier in fiction than it is in real life. And when a fictional character misbehaves or annoys, the reader can just close the book and walk away. In the real world, we have to consistently afford our children both the warmth and the limits they need, even when they misbehave or annoy.

Fortunately, the real world rewards we receive for our efforts are far more fulfilling than those of the fictional variety. 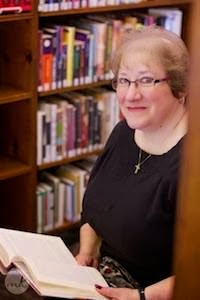 Lisa Lawmaster Hess is a transplanted Jersey girl and former elementary school counselor. She is currently an adjunct professor of psychology at York College of Pennsylvania.


Lisa is the author of Acting Assertively and Diverse Divorce, both inspired by her interactions with her elementary school students. Her first novel, Casting the First Stone, was released in January 2014.