How sweet it is 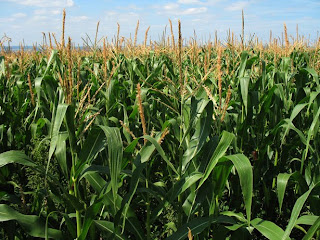 Did you hear about the Kool-Aid study done by researchers in California? A bunch of volunteers agreed to drink a glass of Kool-Aid with every meal for ten weeks (yuck!). One-half of the participants' drinks were sweetened with fructose and the other half drank Kool-Aid sweetened with glucose. So what do you think happened?

Well, both groups put on weight, which was to be expected. There was a difference, though. According to a report in the Journal of Clinical Investigation, the people drinking the fructose-infused drinks had more visceral fat. Visceral fat clings to organs and raises the risks of atherosclerosis and cardiovascular disease. Plus, people suffering from type 2 diabetes tend to have more visceral fat. This group also had higher levels of LDL (bad) cholesterol and lower insulin sensitivity. Hmm.

What does this mean? Quite simply, it means we need to watch our consumption of the culprit -- high fructose corn syrup (not to be confused with the corn syrup you buy for baking). HFCS, like aspartame, has been associated with the formation of new fat cells -- isn't that something we all need?! It also tends to increase your appetite.

It wasn't until the 1970s that we started seeing the rise in the use of HFCS. At that time, white sugar (which presents its own set of problems) was being pushed aside in lieu of high fructose corn syrup. By the mid-80s, sodas were packed with it. Today, nearly everything seems to have it in the list of ingredients. Many people dismiss the effects consuming so much HFCS has had on us as a population. But when you look at the facts, it is hard to write all of this off as merely a coincidence.

Consider that back in 1970, the average person in the United States consumed one-half pound of HFCS yearly. Today, we are downing about 60 pounds each per year! Now, with that in mind, take a ride over to Walmart or somewhere similar and look around you -- I can guarantee you will see many more obese shoppers than were around four decades ago. And if you surveyed the group, I bet you would be astonished by the number of those with type 2 diabetes.

Of course, there are other factors; I'm not denying that. Our sedentary lifestyle, the invention of the remote control, and our busy schedules that have us driving through fast food restaurants way too often, certainly contribute to the problem. Especially since nearly everything we inhale on the go, from buns and breading to condiments and sodas is packed full of high fructose corn syrup.

My husband and I got into a bit of a debate over the issue of children and soda. I am adamant about kids not drinking it. Period. A few weeks ago, I looked out my office window and noticed my husband walking across the yard with our five-year-old neighbor boy who was drinking a can of Coke...a can of Coke my husband gave to him! I was appalled. Thus, the debate.

But Bill is now seeing things my way due to the research I did on high fructose corn syrup. He grew up drinking Coca Cola. That was in the 50s and 60s, however. It was during a time when a bottle of Coke was just six to eight ounces...and kids drank one soda. There were no unlimited refills and no one was supersizing anything. His argument that he never got fat drinking soda as a child somehow does not hold water in light of today's sodas.

So, what makes HFCS such a bad thing?

First of all, high fructose corn syrup is a highly refined, artificial product and is, in no way, the same thing as white sugar, despite the claims of the HFCS advocates. In order to convert corn starch into fructose and glucose, a whole bunch of chemicals are needed, two of which have been found to leave minute quantities of mercury in the finished product! Wow. And then there is the problem of the glutaraldehyde, a synthetic fixing agent used in the manufacturing process of HFCS and is toxic. Perhaps most disturbing is the research that has been done that shows that HFCS goes directly to the liver where it sends out signals to store fat! Hello. Are you getting that? The results are elevated triglyceride and cholesterol levels. Ouch. Other research has linked it to lowered chromium levels, which may be a cause of type 2 diabetes. Did you notice how many times diabetes has been mentioned here? I wonder why.

So how does the FDA get around all of this? Well, apparently, as long as the glutaraldehyde never actually touches the syrup, HFCS passes as a "natural" substance. Of course, with the government, there is always a way around things. With food manufacturers putting pressure on the powers that be, don't expect HFCS to go away anytime soon...after all, HFCS does not get freezer burn the way sugar does and it is easier to transport in tanker trucks. It also has a long shelf life and is effective at keeping foods from becoming dry. Oh, and let's not forget that, thanks to federal subsidies and trade policies encouraging farmers to grow more corn, it is also cheaper than sugar.

So, there you have it. The government's not going to help us out here, folks. We have to do all we can to eliminate high fructose corn syrup from our family's diets. That means reading labels and buying from companies who are not putting this crap in their products. But don't make the mistake of replacing HFCS with an alternate artificial sweetener. That's a whole other subject!

Sorry for the rather long post here. I have just been wondering about the problems with high fructose corn syrup and thought I would share what I have learned with the rest of you.