Disclaimer: I am a Hyland's Homeopathy Ambassador and receive various products and gift cards from Hyland's promotional partners at no cost to me. All views and opinions expressed on this blog post and corresponding social network mentions are my own and are not to be interpreted as medical advice. 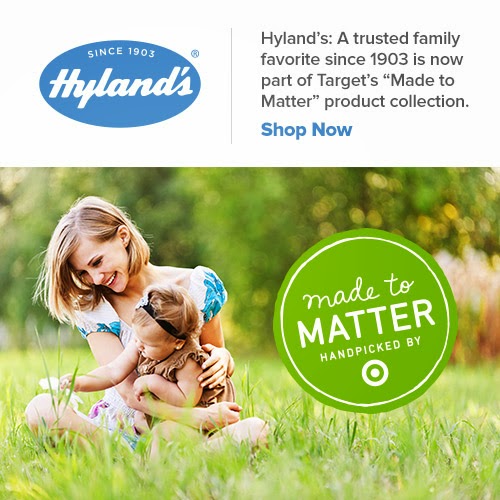 I can't tell you how excited I am about the Made to Matter initiative at Target. Target chose a handful of companies to feature in this line... companies that care about the health of their consumers and the proven safety of their products. Companies like Hyland's. I have to admit, Hyland's is one of my favorite companies and I've known for years that their products truly are made to matter.

Hyland's is thrilled to be part of Target's Made to Matter program. Their homeopathic medicines are made with the highest quality natural ingredients and they've followed the strictest standards of preparation for over a century! There's something to be said for a company that's stood the test of time, don't you think? 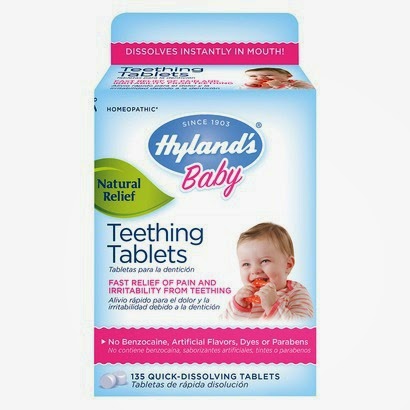 Hyland's Teething Tablets (what family with young ones can live without these?!) were first mentioned in a company product catalog in 1925. There has been a lot of sore gum relief since then!

Founded in 1903, as Standard Homeopathic Pharmacy in Los Angeles, the pharmacy was bought by George H. Hyland seven years later when he started Standard Homeopathic Company. In 1923, Cecil Crag joined the organization and in 1940, he developed Hyland's Pink Aspirin for Children for his daughter, Marion. By 1947, the manufacturing "plant" outgrew the basement. Forty years later, J.P. Borneman, PhD. Chairman and CEO joined the company.

Jump ahead to the 21st century. In 2008, the company launched Hyland's Cold 'n Cough 4 Kids and Hyland's Nighttime Cold 'n Cough 4 Kids, products I think are must haves for families with children. After all, nearly every child, at one point or another, will keep parents up hacking and sneezing. In those cases, Hyland's spells RELIEF in a safe, natural, and homeopathic way.

They updated their packaging just last year for the Hyland's Baby and Hyland's 4 Kids lines, and now you can find these products at Target in their Made to Matter section. Because, like I said, Hyland's products are made to matter. They're natural, gentle, safe, and effective. Believe me. I know. I've been a long time fan of Hyland's and will continue to be for many years to come.

Unfamiliar with Hyland's? Check out this 30 second video to learn more:

Email ThisBlogThis!Share to TwitterShare to FacebookShare to Pinterest
Labels: homeopathic medicines for kids, homeopathic products at Target, Hyland's Homeopathic, Target Made to Matter