Why stay-at-home dads are not real men (or women) 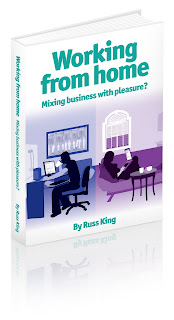 Hana asked me to write a guest post about being a stay at home dad and I wondered what words of mirth and wisdom I could pass on. The truth is that while being a househusband is not much of a big deal to some people, to others it’s incomprehensible. I am the main carer for a four and a three year old and when I first started appearing at my son’s nursery the other mums gave lots of support. However, as I became part of the scenery, I was naturally excluded from their conversations as I was, well, different. I have never referred to the washing as ‘my’ washing, I can’t get excited about the new range of cute clothes in the local supermarket and I just don’t do the ‘she said and then I said’ type of conversations.

There is also the sex issue that always floats around in the background, especially when the children are still at the age when they need a parent to accompany them on a play date. One of my son’s friends spontaneously invited him round to play one morning and his mum’s facial expression registered sheer panic at the thought of inviting me to her house. When we moved house, I had to start the socialising all over again, especially as my son started school and I was thrown into the school gate socialising experience. I have found a few mums to exchange some banter with, but it is not done to talk to the same mums all the time.

While I can still be a bloke in many ways, showing male multi-tasking skills like watching sport and drinking a beer while ironing, I have found I am now partially excluded from blokedom too. A stay-at-home dad has very little status amongst other men when drinking down the pub. There will probably be a few wisecracks about the yummy mummies on the school run mixed with a few ‘good for you’ comments that usually end in ‘I could never do that.' Mostly they are mystified as to why I would choose to do it. A few of them see me a mild threat. What if their missus heard about it and wanted to try it? What if I was seeing their wife twice a day at school? The yummy mummies comments don’t seem quite so funny now do they? Of course, I can be a real man whenever I want to by drinking beer, pretending to know about football and trying to look down the barmaid’s top with the best of them. I don’t mind what people say as I think being a bit different is good and I get to spend more time with my kids and my wife. Plus I get time to indulge my passion of writing novels, something that creates many rewards but doesn’t usually impress bank managers.

For all the ups and downs it certainly beats a twice daily commute and a 9-5 existence.

Russ King is a freelance writer and social media catalyst. You can find his blog at www.russwrites.co.uk and his latest romantic comedy novel, Working from Home: Mixing business with pleasure? is available on Kindle at Amazon, iTunes, Kobo or Smashwords.
Posted by Green Grandma