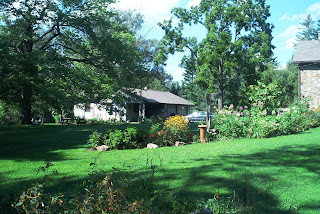 Something’s missing in the lives of many of today’s kids and it concerns me. What is it? Silence. Nearly everyone I know clutters their lives with noise; between the television, iPod, video game console, radio, CD player, etc., there seems to be no time left for quiet. Quiet tends to make people uncomfortable, and yet there’s such wealth in it.

Now I’m not dissing purposeful noise. There’s nothing wrong with turning on the TV when there’s something you want to watch. But why do people feel it’s necessary to keep it on even when they’re not watching? Not only is this a waste of electricity, but it’s also a waste of a precious commodity – silence.

Why is raising our kids to appreciate silence important? Because if we don’t introduce them to the wonders of quiet, it’s possible they’ll never learn to relish it. But what difference does it really make?

Well, for one thing, it encourages creativity. Our kids are deluged with stuff. Computers, big screen TVs, portable DVD players (we wouldn’t want to have to talk to them during road trips now, would we?), video games…When do kids have the opportunity to foster ideas amid all this noise? They seem to be operating on overload and that simply isn’t healthy.

Silence also gives children and adults alike the chance to recharge…to rest our brains. I know some people who even spend time in prayer with the TV on! When I hear them complain about God not answering, I can’t help wondering how they’d ever hear Him if He did!

This past weekend, my husband and I spent three glorious days in a cottage where our conversations were accompanied only by the sounds of songbirds and an occasional mooing from the cow down the road. There was a television in the cottage, complete with surround sound, but we kept it turned off until we decided to enjoy a movie together on Sunday evening.

When I arrived at Willow House (http://www.willowhousecottage.com/) on Saturday, I was tense and my mind was filled with the dozens of things I’d left undone before departing for this short break. By the time we left for home on Monday, I felt recharged and ready to face the looming deadlines and other tasks that would greet me as soon as we walked through the door of our house.

The quiet had settled down upon me like a down comforter in the middle of a snowy winter night.

Silence. It may seem awkward at first, but given a chance it will refurbish your mind and blanket you with contentment. And, of course, silence is green. It takes nothing away from the earth, yet nourishes us with its very essence. It is a treasure waiting to be unearthed. Let its riches reward you.
Keeping it green,