When it comes to my grandkids, what causes me to worry?

While I'm no longer a worrier by nature, there is something that concerns me. More and more children are being injured or killed by furniture that tips over. Quite honestly, this wasn't even something I gave any thought to when my children were young. But now, with my grandchildren, it's a concern. And apparently, a valid one. 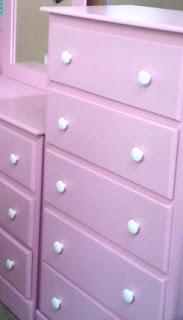 Did you know that every two weeks, a child DIES from tipping furniture, TVs, or appliances? Yes, my concern is a valid one. A recent study of kids' furniture by the U.S. Consumer Product Safety Commission (CPSC) revealing the following findings:


We're constantly hearing about furniture recalls AFTER a child has been seriously injured or has died. But what about the ones that have yet to be recalled? Kids in Danger (KID) put a sample of 19 dressers and chests through stability performance tests. The sample chosen for testing represented dressers and chests commonly found in children's bedrooms. The testing was conducted at the UL Furniture Center for Excellence in Holland, Michigan and was based on the current ASTM-International furniture safety standard, followed by new testing protocols developed by KID. The new tests were designed to be more representative of real-world scenarios, including foreseeable use of furniture by kids and the stability of dressers that contain clothing. The additional testing was also to see what additional margin of safety some units may possess.

What did the testing reveal? Widespread non-compliance with current voluntary standards as well as to additional typical use scenarios those standards do not address.

Here are some of the results:
Based on the findings of data and testing, KID recommends increasing consumer awareness of the danger of furniture tip-overs and knowledge of the actions needed to keep children safe. You can do your part by sharing this post with other parents. They also want to see improved furniture stability, accomplished by strengthening standards, making those standards mandatory and enforceable, and promoting changes in furniture design.


According to KID  executive director, Nancy Cowles, "Better designs, stronger standards and enforcement of the standards are needed. We urge furniture manufacturers to look for design solutions to unstable furniture. The top performing units in our testing had innovative designs including a wider base, interlocking drawers, or heavier back panels to increase stability."

The CPSC's #AnchorIt campaign emphasizes the need to attach furniture to a wall with a tip restraint. Of course, easier, tool-less tip-over restraints would increase the likelihood that parents would take action to ensure that safety of their children, but these have yet to be developed. Further research is needed.

U.S. Representative Jan Schakowsky adds, "Parents should have peace of mind that furniture in their home is safe, but today's voluntary safety standards are insufficient, putting children at risk. We need stronger rules and better compliance to prevent tragic accidents from furniture tip-overs. The furniture industry must act to improve safety, and the CPSC and Congress must hold the industry accountable."

It is my hope that by publishing this post, more parents, grandparents, and caretakers will be made aware of the risks to children in our homes. Please, please, please, don't let one of your precious little ones become part of these tragic statistics.

Caring about you and your kids,