How green is my valley? 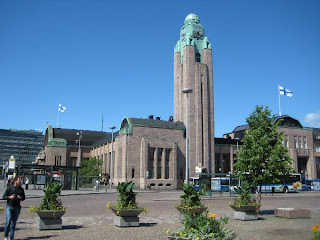 I did an Internet search for the greenest country and the first site that came up listed Finland, the land of my father’s people, came up as number one in 2007! I was thrilled…knowing it couldn’t possibly be the U.S. with all our self-indulgent wastefulness.

According to the 2007 Reader’s Digest report, Finland ranked at the top of the list as the greenest and most livable country. Go Finland! The study rates the nations on the quality of drinking water, greenhouse gas emissions, quality of education and income level of the residents. Finland won this prestigious title based on its air and water quality, protection of its citizens from water pollution and natural disasters, and, what I found most interesting, the low incidence of infant disease.

I decided to pursue the reasons why Finland had a low incidence of infant disease but wasn’t able to locate a single study that confirmed this statistic. But I did stumble upon something of interest that is encouraging to all you nursing moms out there. Did you know that breastfeeding an infant for more than two months significantly reduces the risk of your child developing celiac disease? Children who are breastfed for two months or less, or not at all, have a 63% greater risk of developing this immunological disease than children who are nursed longer. As a matter of fact, studies show that children who are introduced to gluten-containing foods while they are still breastfeeding have a much lower chance of developing permanent gluten sensitivity enteropathy. Yet one more indication that breast is best!

In 2009, Costa Rica won the honor of being not only the greenest country, but the happiest one as well, according to the New Economics Foundation’s HPI (Happy Planet Index). Measuring how long and happy a life citizens of a country enjoy, along with the amount of natural resources a nation uses, the HPI looks for three things when determining countries’ ranking:

Of everyone in the world, it’s the Costa Ricans who claim the highest level of satisfaction with their lives. They have slightly longer life spans than Americans and, according to the NEF “have an ecological footprint that is less than a quarter the size.”

Conclusion: It is possible to live a better and happier life by living a greener life. Hmmm.

In 2008, Yale University did a study rating countries according to their EPI (environmental performance index) and found, based on conservation practices, water purity, and carbon and sulfur emissions, that Switzerland took home the honors, with Sweden, Norway, Finland and Costa Rica filling out the next four slots. In the 2007 Reader’s Digest study I mentioned at the beginning of this posting, Finland’s number one spot was followed by Iceland, Norway, Sweden, Austria and Switzerland. The Scandinavian countries (which Finland and Iceland are sometimes included in) consistently show up high in these studies, while the United States and Great Britain are nowhere to be seen in the top rankings. C’mon folks, we’re smarter than this. When are we going to stop focusing on being the wealthiest, or most athletic, or whatever else we compete for, and set our goals higher? It would truly be a victory for the planet if the U.S. eventually made the top of the list for greenest countries! Well, a grandma can dream…

Giving credit where credit is due, Portland, Oregon was bestowed the honor of being the greenest city in America in 2008 because half of the city’s power comes from renewable sources, thirty-five of its buildings are certified by the U.S. Green Building Council and one-quarter of the workforce gets to work by bicycle, carpool or public transit. The ranking is based on five factors:

If you live in any of these cities, applaud your local governments. It’s time all cities start following suit.